We were very sorry to hear about the recent passing of our legendary supercatcher and dear friend - Evelyn. Being one of the very first catchers, Evelyn quickly "cracked" the game, and climbed to the top of the leaderboards. To this day, even with so many other players who have joined our effort to tackle Alzheimer's, Evelyn remains among the TOP volunteers in the Likes Receiving listing on our forum, and the top 1% of catchers by rank on the Stall Catchers leaderboards.

Here's a short excerpt about Evelyn from an article that appeared in the journal "Narrative Inquiries in Bioethics":

One  of our most dedicated catchers during the first year was a woman in her late 80s who would play long enough each day to remain in the top 20 on the leaderboard. One day we noticed she had not been active, and then we suddenly received an email in which she graciously alerted us of a personal injury that would interfere with playing the game. We could hardly believe that under the circumstances she had gone out of her way  to explain why she was absent from Stall Catchers.

Our main concern was her health, and we sent her a get well card with a heartfelt message of gratitude from the team. This sense of mutual dedication to a shared enterprise in service of a common goal pervades our community and instills in our team a great sense of loyalty toward all of our catchers.

Evelyn also coined the term "blue tube" to refer to the sensitivity bar in Stall Catchers - a term that stuck and that we all continue to use today, fondly recalling her creative nomenclature. :)

Here's what our project leader, Pietro, said about Evelyn:

In addition to her liveliness and sincerity, perhaps the thing I will remember most about Evelyn was how she spoke from the heart to the heart. In our online forum, she gave honest feedback about how some new changes to the game had left her feeling discouraged. After I explained  those changes and some improvements we were going to make, she wrote back with such kind words asking me to compliment my mother about how she had raised me :-) She wasn't writing to the project leader she was writing to the human. And to me, that's what made Evelyn Evelyn.

Evelyn joined the project together with a group of other "dusters" from Stardust@home project - our predecesor. She had been an active member of both communities 💜

Here's what one of her fellow supercatchers & dusters, Mike Capraro (caprarom), said about Evelyn on the Stardust@home community forum:

Anyone who’s been part of our Stardust@home community for any length of time will remember Evelyn – user name ERSTRS. She was (since August 2006) a very active duster and presence in the forum for all seven phases of aerogel searching and into the first phase of foils. In 2018, Evelyn was still participating as best she could in our monthly teleconferences, but pretty much had to give up both dusting and stall-catching* that year (due to a bad fall and Parkinson’s). That September she wrote, “… all of you guys are precious to me. I wouldn’t have missed being a part of “Stardust’ for anything!”

( * The Stall Catchers project at Cornell was inspired by Stardust@home, and our own Dr. Westphal and Robert Lettieri helped them get established. Evelyn was one of the few "Dusters" to be involved with Stall Catchers before it was released to the public. Despite her long absence, Evelyn is still in the top-ten on the Stall Catcher's forum all-time users "like" listing.)

We received word of her passing from her husband, Ted, just last evening. Ted says her passing was "relatively quick and very peaceful." Evelyn and Ted were very happily married for 70 years. They met when they were 14 years old, in their church Youth Group. Ted walked Evelyn home that evening after church, and they liked each other so much that they never dated anyone else. I'm attaching pictures of Evelyn & Ted from 2017 and 1944 (in front of their high school when they were 15). The 2017 photo shows a very youthful and happy 88-year-old couple. Last year celebrating their 69th wedding anniversary, Evelyn wrote, “It's been a great trip together!”

Evelyn & Ted were retired at Edgewood Summit in Charleston, where their community was very mindful of their natural mountaintop environment and, as Evelyn put it, “Our residents go to great lengths to protect all the creepy crawlies* who were here first.” Evelyn helped raise Monarchs, and even said, “I have made friends with one bumble bee at one of our gazebos! It will light on my finger and drink honey.” That’s the kind, gentle soul many of us will remember.

*She didn’t always like “creepy crawlies.” The article appended below by Evelyn provides a humorous account of her transformation.

Evelyn’s memorial and obituary info as provided by husband Ted follow: Please access: the 8/23/20 newspaper: wvgazettemail.com, OR the funeral home:  www.hardingfamilygroup.com - passed on 8/15/20.

During my first two years with Ted in Morgantown, I worked sixty hours a week as a laboratory technician at Morgantown Coal Testing Lab. By the time his senior year rolled around, I was pretty well burned out. Therefore, I decided to look for an easier job with less hours.

I saw an ad posted on the WVU bulletin board for a “Laboratory assistant in the Dept. of Entomology." At that time, I had no idea that "entomology" had to do with the study of insects! Instead, I thought It might be related to "Etymology," a branch of linguistics. Wondering why WVU would need a "laboratory assistant" in the study of languages, I made an appointment for an interview.

When I interviewed for the job, I was shocked to find "Entomology" is the study of insects! I hated bugs! However, I was the only one to apply for the position, and Dr. Charles Dorsey, the Director of that Department was willing to hire me—-if I would to give it a try. I reluctantly agreed. He asked my name, reached out his hand, and said, "Evelyn, Welcome to WVU Entomology Department."

I went home weak-kneed and sick to my stomach at the thought of working with bugs during Ted's last year in Engineering at WVU. Ted, ever the "encourager," tried to reassure me: "Everything else has seemed to 'work out' for the two of us. I have a feeling that this will work out for us, too."

I went to bed that evening—-dreading going to work the next morning—-to a laboratory— full of dead bugs!

However, the pay was good; five days per week, plus free tickets to all the WVU ball games. All holidays off. Thus began my most interesting experience during the three years that I was in Morgantown. Unlike the Coal Testing Laboratory, this Lab was spacious and clean. I was the assistant to Dr. Charles Dorsey, a published, world renowned, entomologist. Also, it turned out that all of the insects I came into contact with were dead. And, I didn't have to actually handle or touch any of them, since I used gloves and tweezers. (Not to protect me—-but to protect the specimens from contamination from me…)

One morning while at work, I received a phone call from a very upset woman. Through her tears, she admitted she was afraid I might think she was crazy. To calm her down I assured her that I had "heard everything," and that nothing would surprised me anymore.

"When I opened my bedroom drapes this morning," she began, "dozens of brightly colored beetles flew out— right at me. In fact, right now, some of them are standing on their hind legs and hissing at me!" She began to cry again.

"You have called the right department," I assured her, "and our insect control unit will be right out. They will eliminate all of those bugs in your bedroom, and you'll never know they were there." A very relieved woman hung up the phone.

I was glad I had been the one who answered the phone that morning, because I had just mounted a specimen of “Trichodes Ornatus” a few days before. Therefore I knew the woman had an infestation of the “ornate checkered beetle.” It turned out she had moved into a newly built house and the beetles had emerged from the wood around her new windows.

Our WVU crew collected more than 100 scarlet and black beetles.  Later that week, I helped mount each beetle, for Dr. Dorsey to give each  student in his Entomology classes a specimen of the “Trichodes Ornatus”  beetle.

That job in the Entomology lab at WVU had opened up a new world for me!
Today I no longer abhor "bugs." Insects quickly became part of my  world. In fact, each Spring I watch for the ant colonies in our own  Court Yard to emerge and begin their yearly life-cycle on the plants.  All of this came about because I didn't know the meaning of the word,  "entomology." Life is funny……

Do you have any Evelyn stories to share? You are welcome to do so in this forum post :) 💜 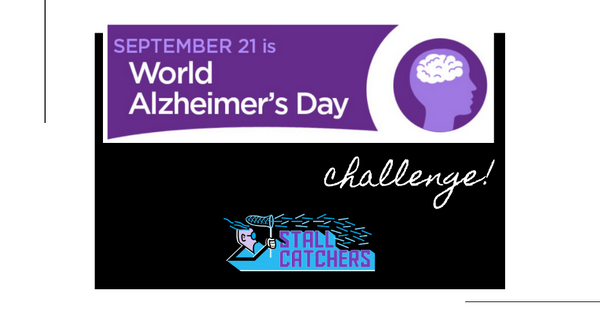 On September 21 - World Alzheimer's Day - the whole world comes together to do something about Alzheimer's - a disease affecting nearly 50 million people worldwide. That's, of course, 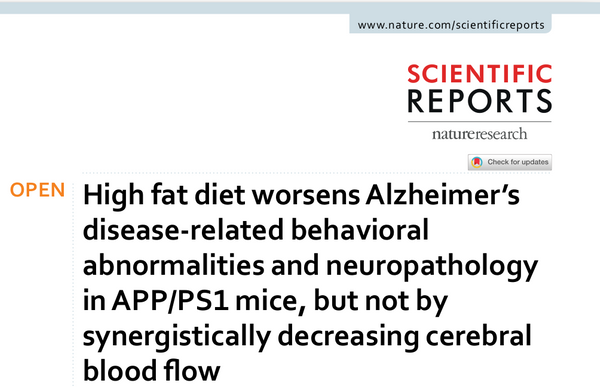 Finally, our long awaited manuscript is out there - in Nature's Scientific Reports! You can find the open access article in full here. In a nutshell... You helped discover that: