The Bot study in Stall Catchers just ended.  We have already discussed bots so much. Players constantly saw bot names on the leaderboard. And the bots analyzed so much data. And still - even bots themselves were just machines, they were all created by great and talented people! To get to know better how Stall Catchers was enriched by those virtual players today we have an interview with one of the three bot developers.

Hello everyone, my name is Roman Solovyev and my bot has the name “ZFTurbo”.

I work at the Institute for Design Problems in Microelectronics (Russia, Moscow). In my free time I took part in different machine learning competitions at Kaggle [https://www.kaggle.com/zfturbo], DrivenData [https://www.drivendata.org/users/ZFTurbo/] and Topcoder [https://www.topcoder.com/members/ZFTurbo] platforms. If we talk about bots, then in the past I only took part in some Reinforcement Learning competitions. In that type of competition you create a bot which fights against other bots of other players in some simple game (like snakes). But my “ZFTurbo” stall catchers bot is the first bot which predicts something really useful.

Tell us more about how you created ZFTurbo and joined HCI?

There was a Data Science competition recently. This competition was called “Advance Alzheimer’s Research with Stall Catchers” and it was based on the same data as the Stall Catchers game. The goal was to predict stalled blood vessels in 3D images. I took part in a competition and luckily finished 1st. When I entered the competition, I was mostly interested in experimenting with 3D Convolutional neural networks. The results of that competition are available here: https://www.drivendata.co/blog/clog-loss-alzheimers-winners/

So I had a neural net model which gives high quality prediction results for Stall Catchers videos. And it is actually available for everyone: https://github.com/drivendataorg/clog-loss-alzheimers-research/

During my bot play I checked how it’s going on site. Somehow I felt I played as well - Roman Solovyev, the author of Stall Catcher bot “ZFTurbo”.

Do you feel like you are playing Stall Catchers when in actuality your bot plays? Does it feel similar, does it feel different than you would feel playing manually?

Before starting to create bot I never tried to play Stall Catchers. After I start to create bot I played some games, just to check how it works for human. During my bot play I checked how it’s going on site. Somehow I felt I played as well.

Why are those bots important to you, to HCI, and to humanity?

For me it was a good experience to take part in this experiment. For HCI it’s important to reduce lab time for stall analysis. Bots can help with that. In the end I hope humanity will heal Alzheimer disease.

The game is providing scientific data much faster than researchers would be able to do it themselves. However, some players feel like it is almost impossible to compete with bots since they are playing so fast. In your opinion, is it good or bad that bots are playing much faster than most humans?

It’s definitely good in case bots will be precise enough and similar in quality to human players. Using very fast bots new data can be processed in minutes rather than days.

Bot study just ended, how do you feel about it?

I still don’t know the results. Organizers must do some analysis first. I just feel good that I helped with the experiment. Also I hope my bot did a good job with predictions.

Thank you for the interview! And of course, a big thank you to ZFTurbo! ;)

I wish you good luck and inspiration for future creations!

Last month alone, the Stall Catchers community grew by 1,167 new catchers!  And there’s a great reason for this - October is Microsoft’s annual Giving Campaign, during 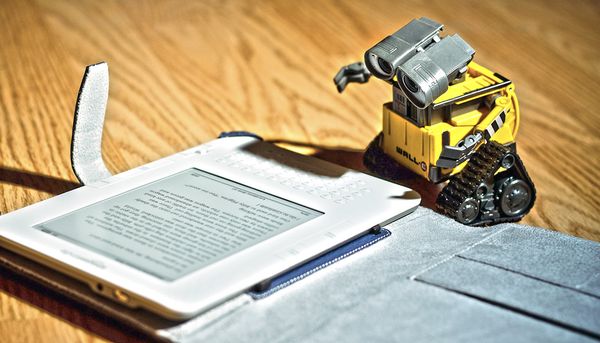 Just as the GAIA catcher bot participated in the 2021 International Catchathon, for the next dataset, GAIA will be accompanied by two new catcher bots to help do the analysis,