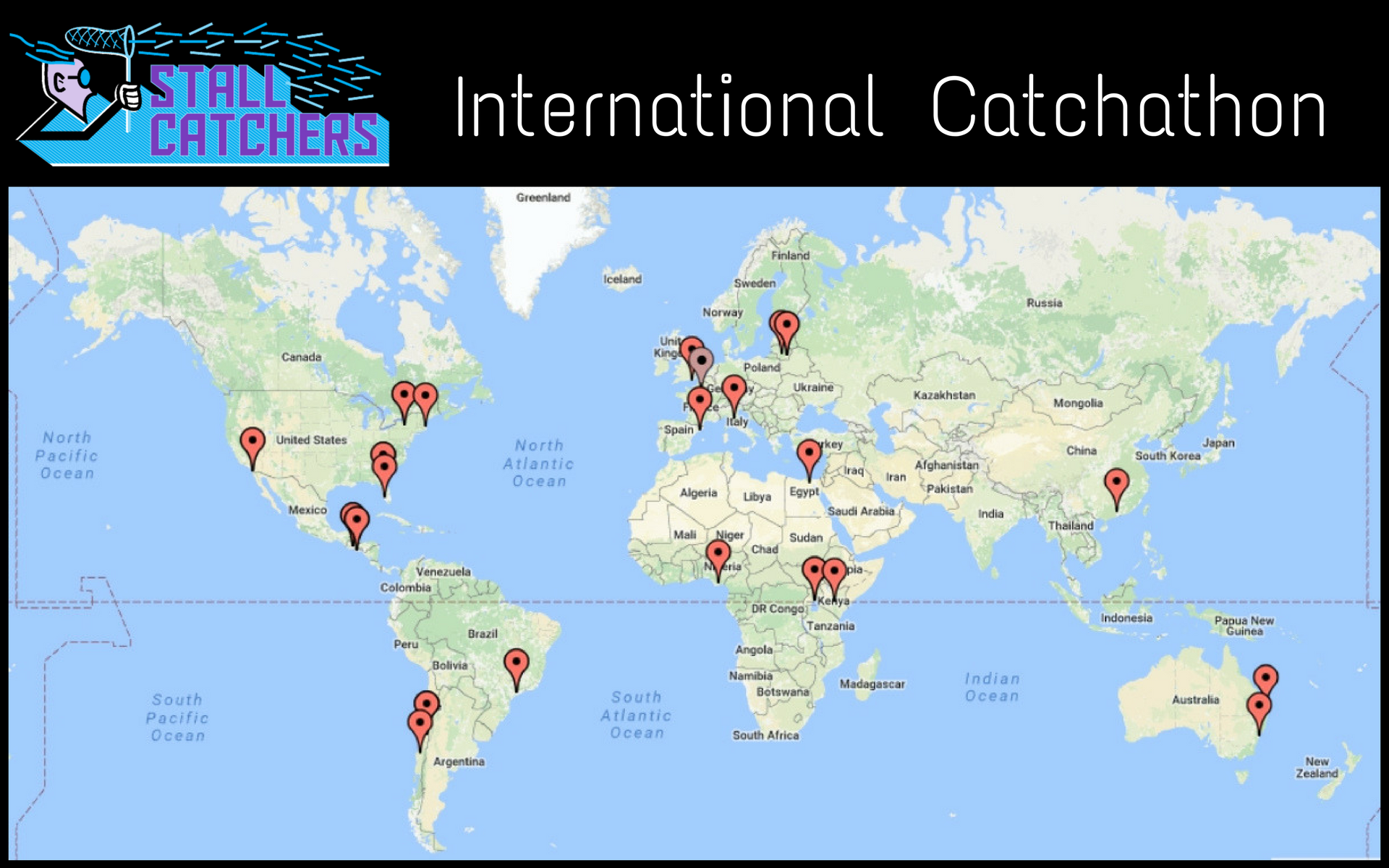 Thanks again to everyone who joined our FIRST ever Catchathon & made it an epic event that it was!

We're here to bring you the final leaderboards, and - most importantly, teams' best moments & pictures from the event! 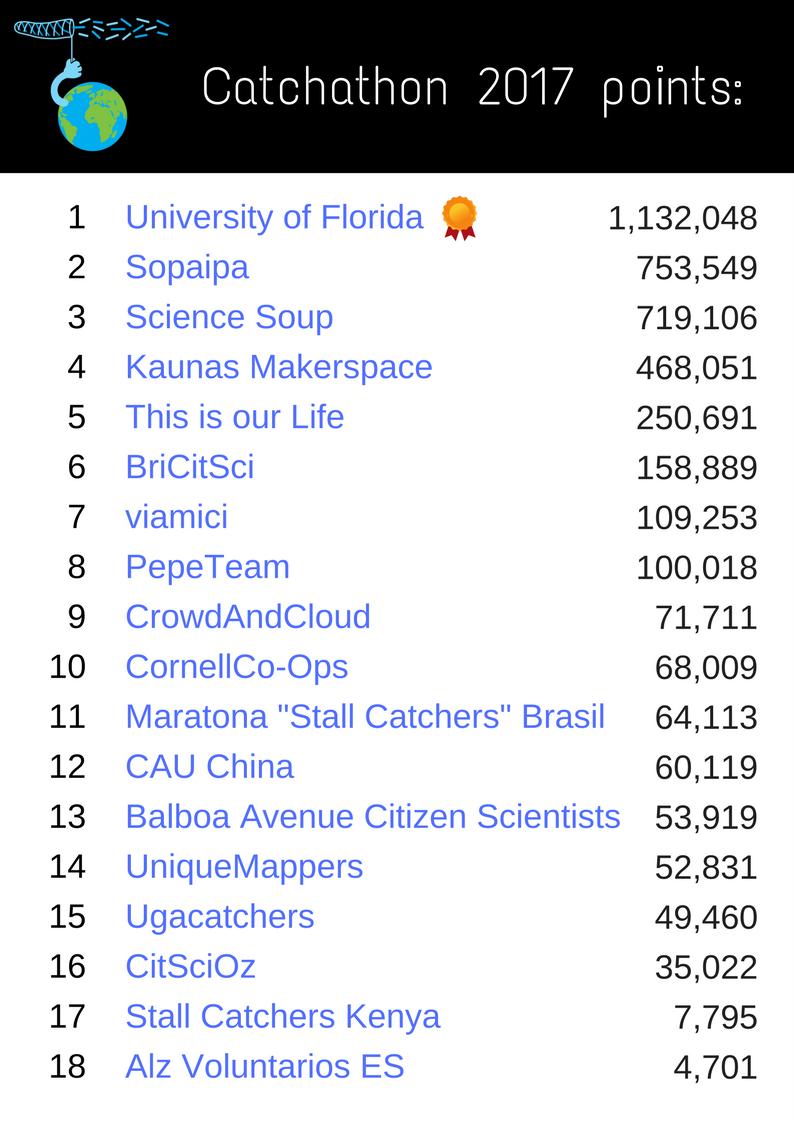 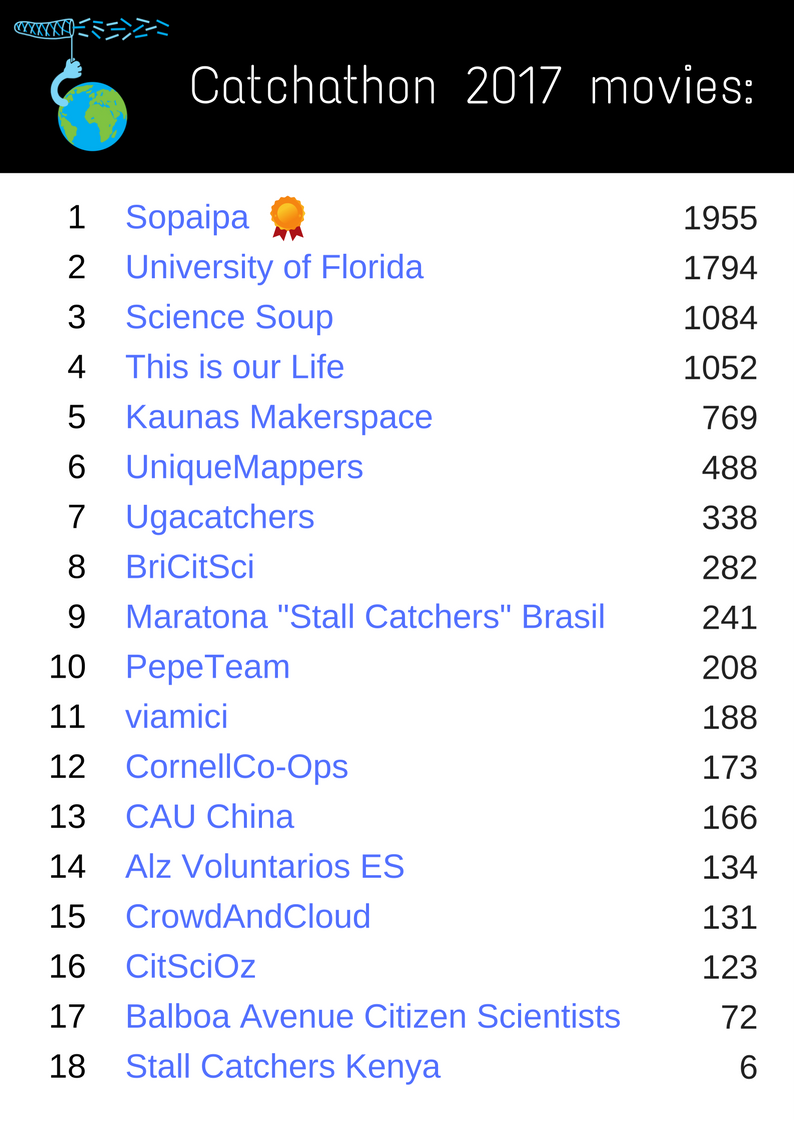 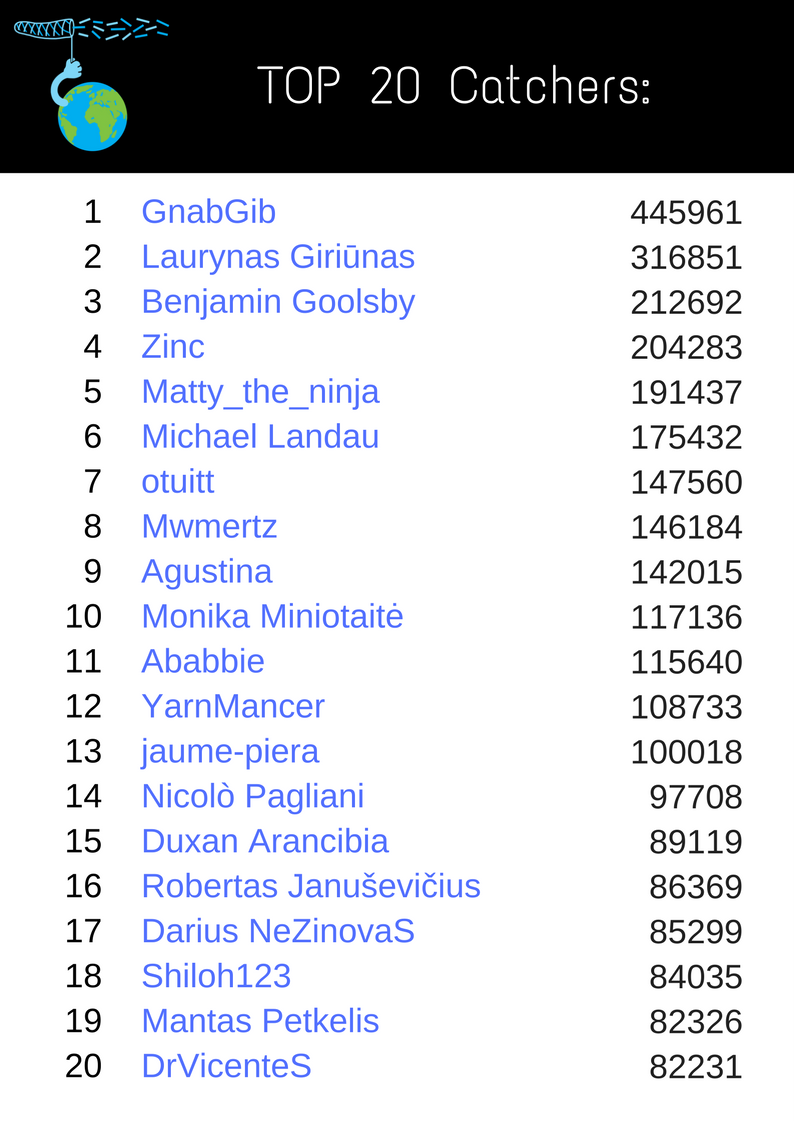 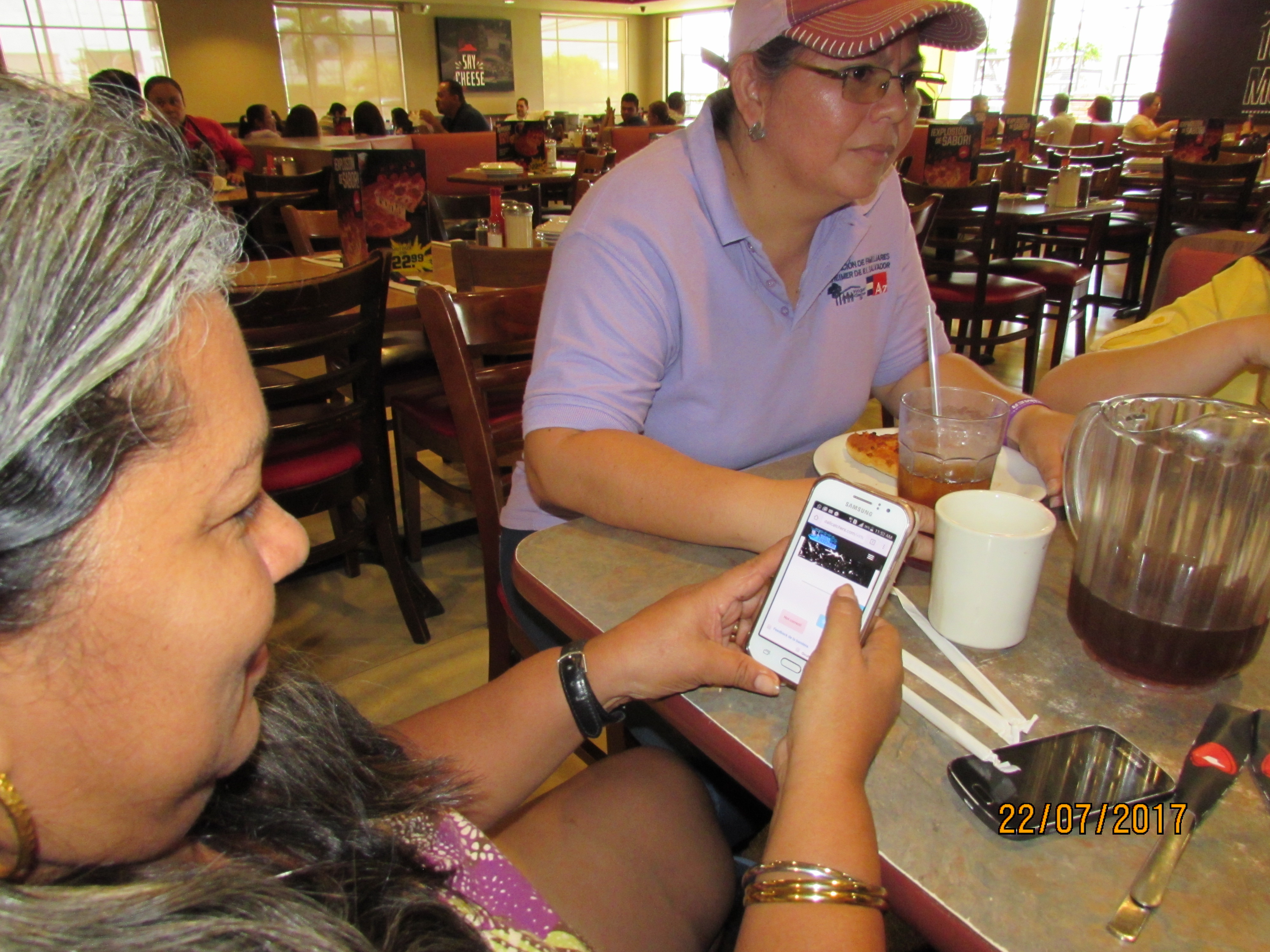 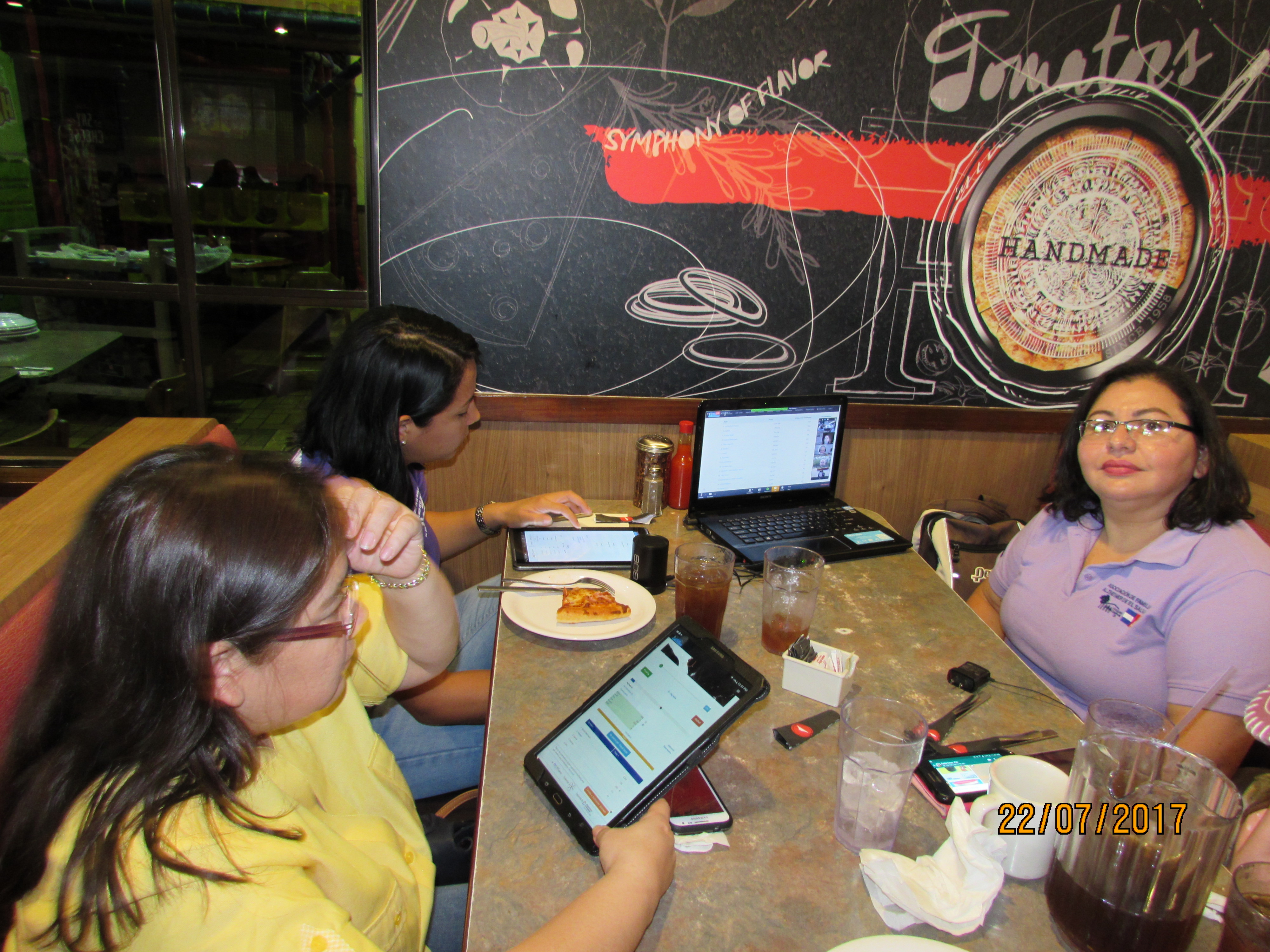 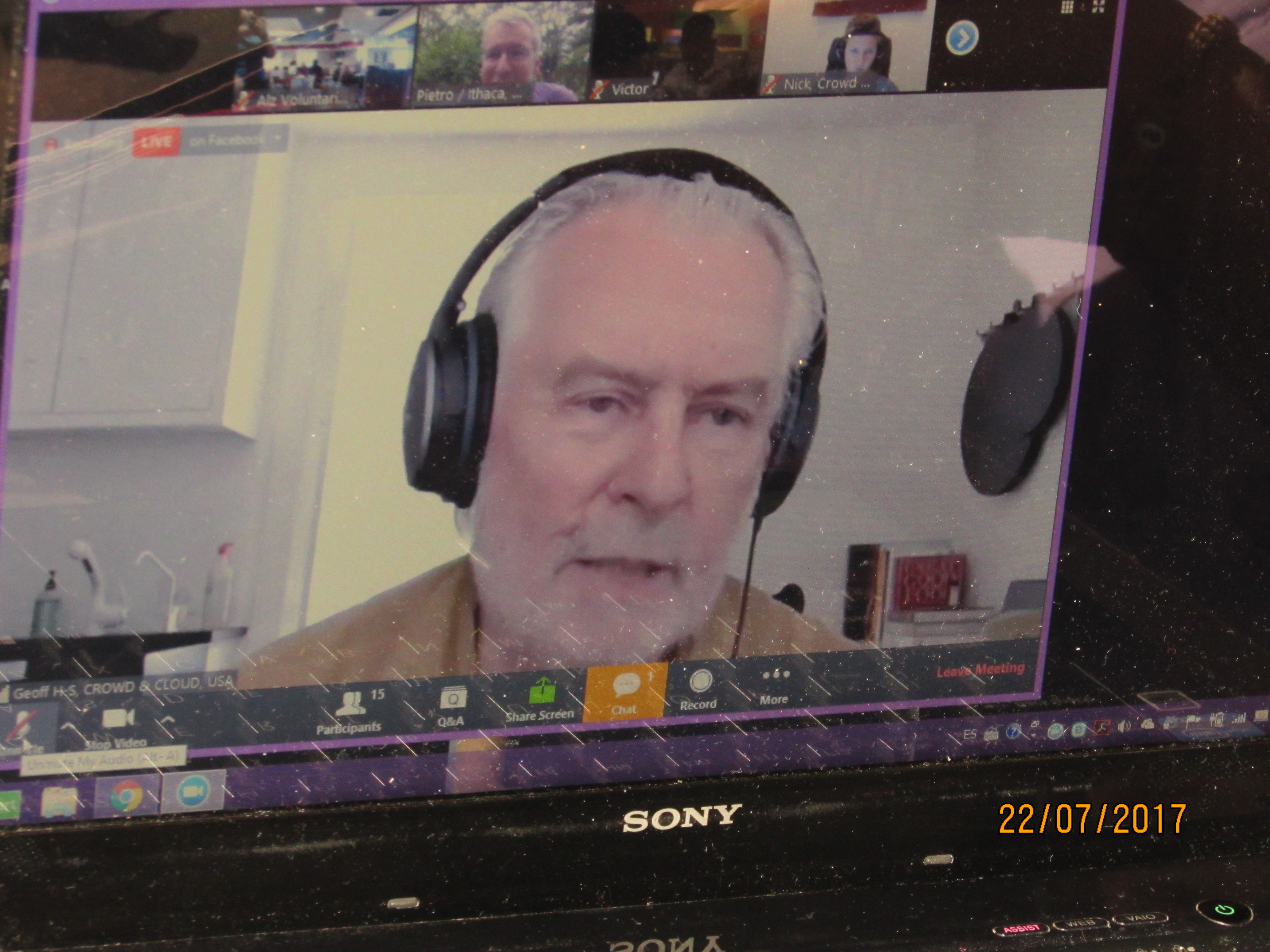 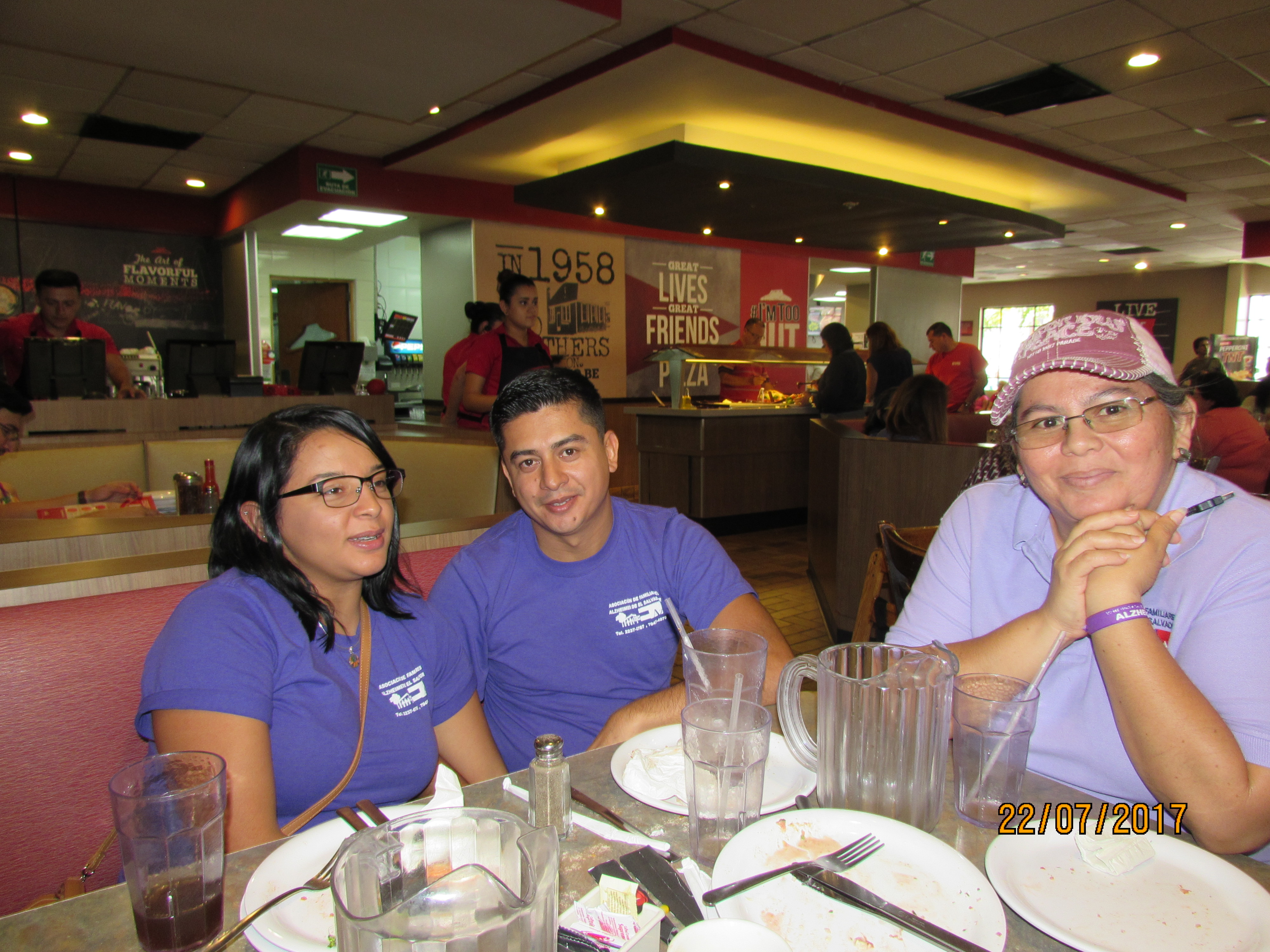 The name of PepeTeam is in honor of my father, Josep Piera, who died a few years ago because of Alzheimer's disease. In Spain the people with the name of José (Josep in Catalan) are called familiarly "Pepe".PepeTeam (Barcelona, Catalonia) 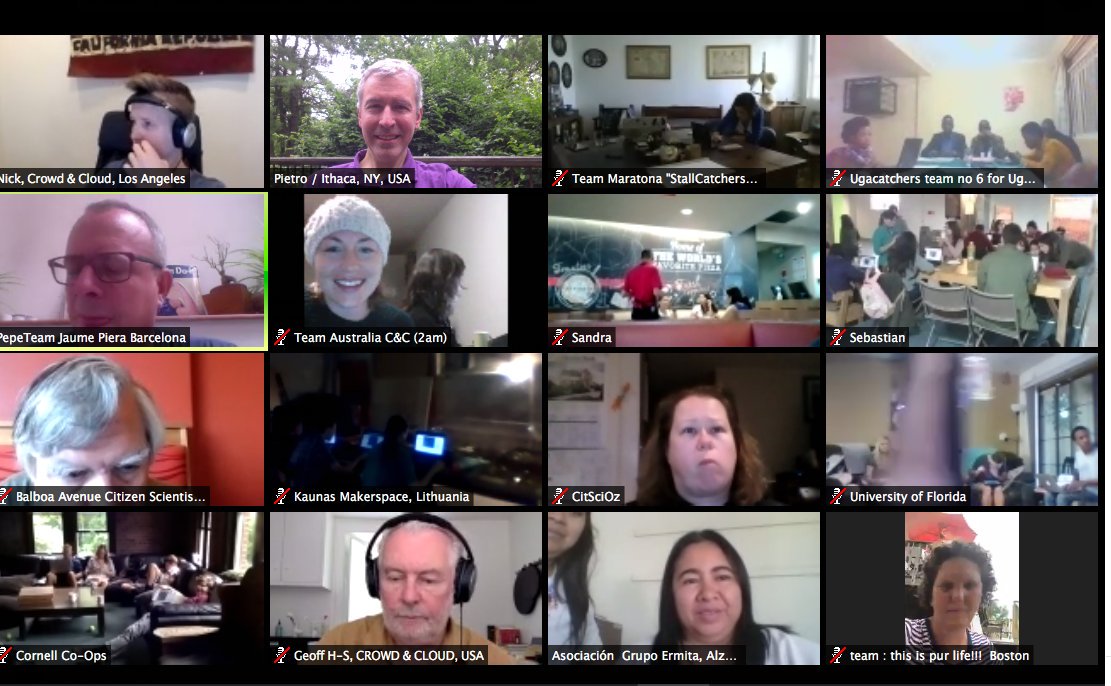 Science Soup from Vilnius, Lithuania, won both bronze "medals"! Here's what they said:

Despite connection problems, it was good fun!! The team cared about nothing more than to beat the Kaunas* team, and kept shouting "Kaunas is catching up with us!!", and only competed with them 😂😂😂Science Soup (Vilnius, Lithuania)
* Vilnius & Kaunas are ancient rival cities in Lithuania!!

Some of the Science Soup's members (who are mostly the team of "Mokslo sriuba" science popularization show, "Science soup" in English) played from Paris! Apparently, Monika & Laurynas, team members who are based there, were really into the game too, kept encouraging each other, and therefore both ended up in catchers TOP 10! Way to go Science soup !!

The team in Kaunas - Kaunas Makerspace - in turn were happy to finish in "fourth & a half" place 😂 They took 4th place in points, and 5th in annotations. Kaunas pushed hard to catch up with Vilnius, but it seems they weren't as set on destroying the other, as Vilnius were ! 😜

Similarly, a lively competition was happening between the two Australian teams too, in Gold Coast & Brisbane 😛

This photo is going on my wall! So grateful to our new Chilean partners 🏆 in the fight to #CrushALZ. #Catchathon https://t.co/C3KVjvyvWd

And what helped University of Florida (Gainesville, US) win the catchathon must be this super awesome catching poster they made ahead of time for their team! 😛 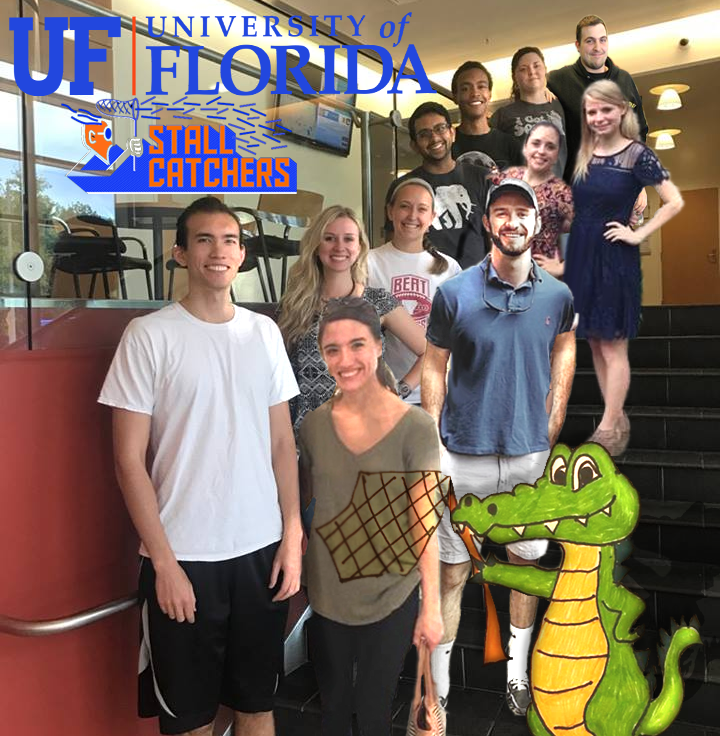 Ugacatchers from Kampala, Uganda, also had some connection problems, but nevertheless were present for the zoom hangout AND catching the entire time! Rumor has it, they spent they pizza money on data 💜 We're honored to be catching with you, Ugacatchers!!

UniqueMappers from Port Harcourt, Nigeria gathered a large crowd for the catchathon!! Despite the rain & having to relocate at the last minute, the catchers were still able to join & compete!

This Is Our Life team from Watertown (MA, US) took honorary bronze! That's what they said:

No one wonders why we (as family and friends) are working as hard as we can to find a cure for Alzheimer's. Please join us today - online -between 12-2 (Eastern Standard) and be part of global event using an online game that helps with research for a cure! Log on - on your phone or whatever device you are reading this on and be part of making a difference! Kelly Corrigan, This Is Our Life team

Thanks again to all teams who participated & everyone who helped spread the word and make this event happen! We couldn't have done it without you 💜

Check out the catchathon infographic! 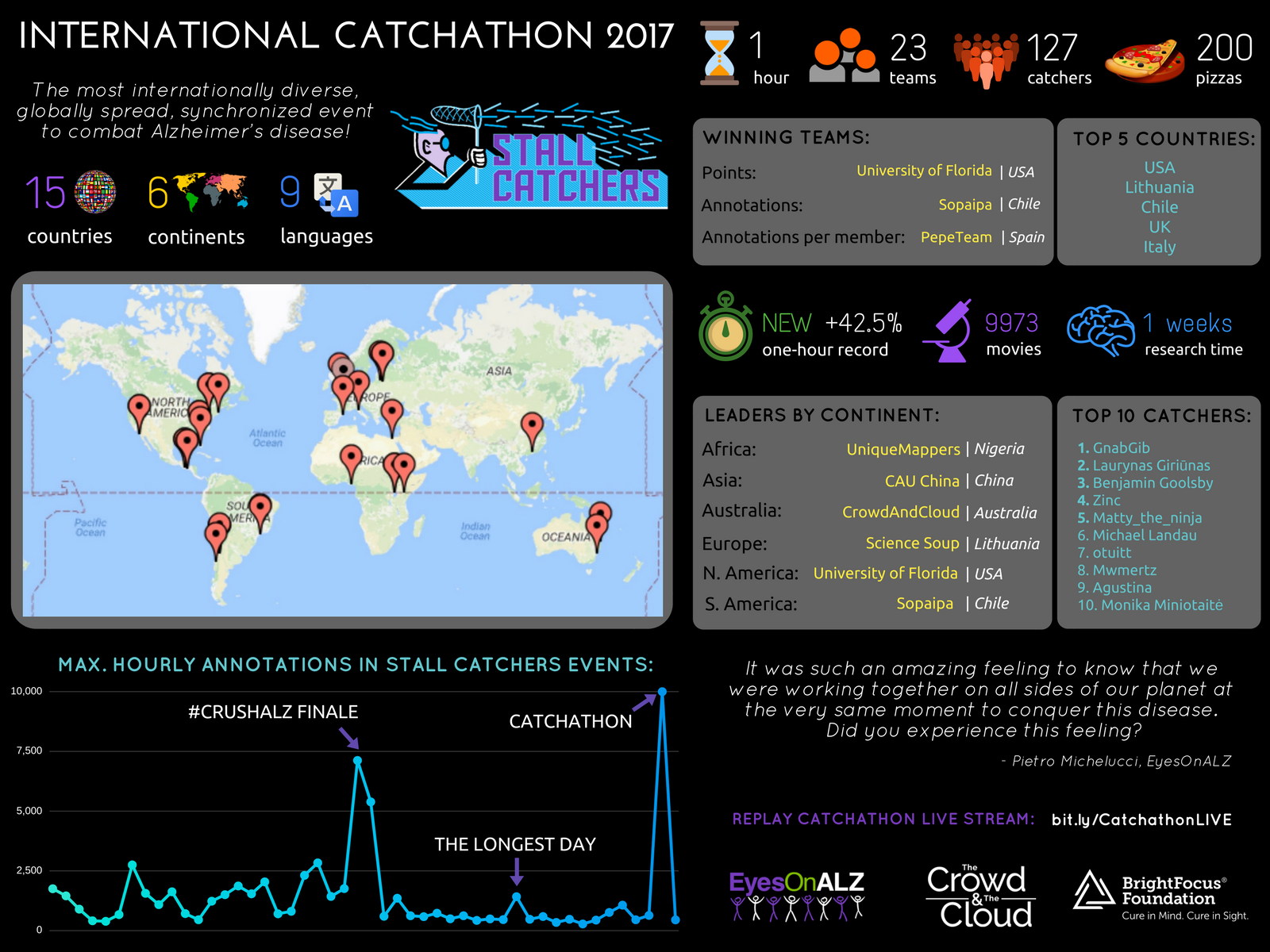 Want to organize your own local catchathon? Go for it! You can find the relevant resources here. 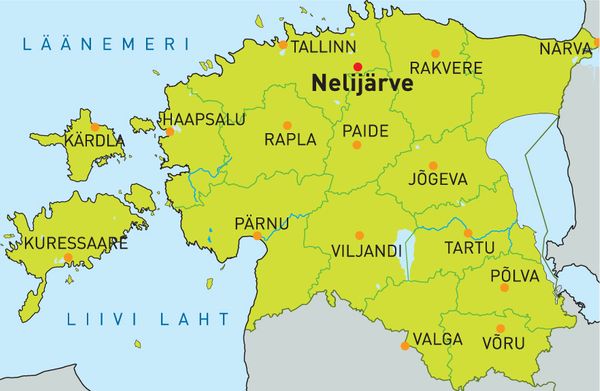 Today (in the time zone UTC+3 😜), I am running a Stall Catchers session in Citizen Science Summer School in Nelijärve, Estonia. I have been invited to demonstrate that citizen

Click to zoom! Check out the rest of the Catchathon updates here.